Schistosomiasis, also known as bilharzia and snail fever is caused by a parasitic worm, is acquired when people come in to contact with contaminated fresh water and affects the intestines and urinary tract. According to the World Health Organization (WHO) the disease affects almost 240 million people and more than 700 million are at risk of infection. The economic impact of this devastating disease is second only to malaria.

It’s long term effects include liver damage, kidney failure, infertility and bladder cancer. It may cause poor growth and learning difficulty for children affected by this disease in the long term according to the WHO.

Due to the rising infection rates of this disease in the Baladweyne area, MAR conducted surveys that found a lack of awareness in the community about this deadly disease and how to prevent it. As part of our general disease awareness programs, MAR raised awareness of this deadly disease through the implementation of educational seminars increasing public knowledge of the disease, its causes and prevention methods.

Prevention is better than cure! 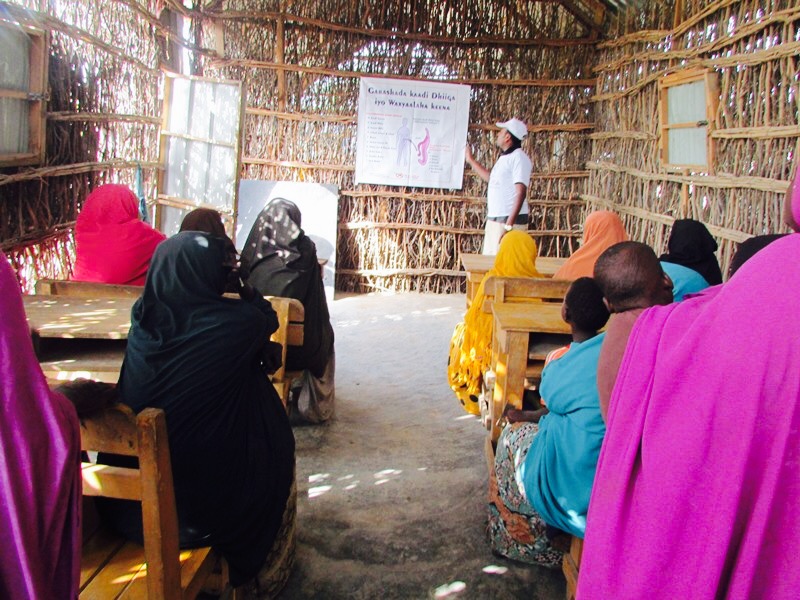 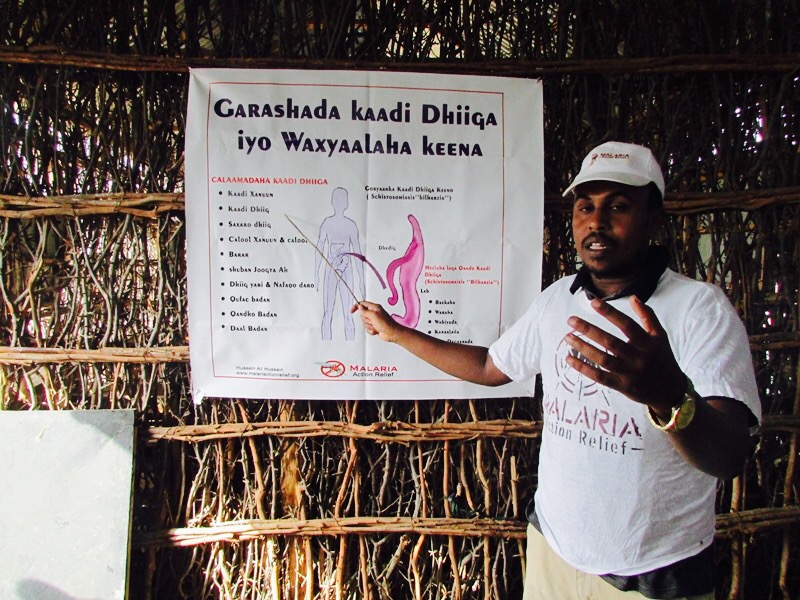 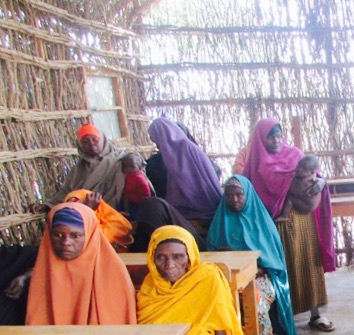 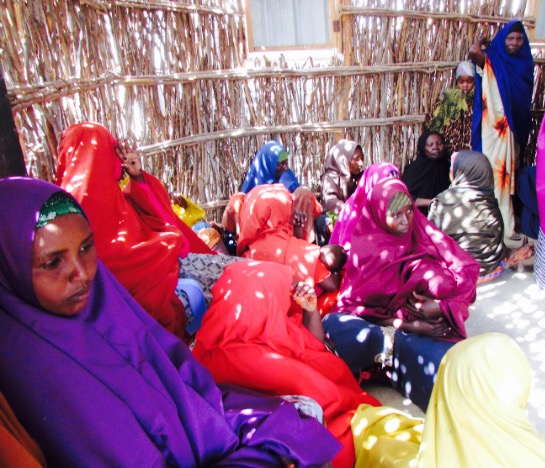