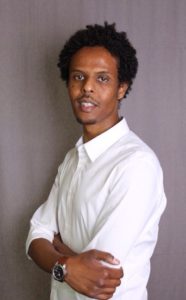 Most of us spend our lives searching for our calling. Hussein Ali Hussein found his in Africa.

It was in 2012 whilst visiting Zanzibar that Hussein had the chance to meet a local named Ahmed. He had five children, the oldest being eight. His greatest fear was not being able to afford the Malaria tablets for his children as the family was stricken by this terrible disease.

Ahmed had no extended family to help financially. As Hussein stood there listening to Ahmed’s pain, he realised the critical challenges that are facing the community that simply requires creative ideas and solutions.

On that day, Hussein had a path to follow and the idea for Malaria Action Relief was conceived. He vowed to make a difference no matter how small.

Hussein has obtained an Msc in Public Health and Bsc in Biochemistry and Pharmacology in the UK. He also completed training courses such as InstiTM HIV-1 & HIV-2, Sexually Transmitted Diseases (STDs) and Malaria tests. He has also completed courses on Mental Health first Aid (Mhfa)

Hussein’s work experiences so far includes working for Enfield Council giving TB Health Awareness Assessments as well as covering blood pressure and diabetes awareness campaigns, supported the elderly as an advisor with Age UK by providing welfare and heath advice sessions as needed. He also had the opportunity to work for Embrace UK which promotes sexual health and gives advice on sexually transmitted diseases.